With the cost of groceries, gas and other needs on the rise, food pantries like With God’s Grace in Dayton noticed a surge in demand for their services, yet Adkins said donations, particularly fresh donations haven’t been keeping up. That’s why she’s hoping to grow her own solution.

“These are working-class people,” Adkins said. “We’re seeing families that have never had to use food pantries before.”

According to the Consumer Price Index, food prices are 9.4% higher than they were in April 2021.

When it comes to canned goods and nonperishable items, Adkins said she rarely has trouble stocking the shelves, but in recent months, it’s been harder to find protein and especially produce.

Much of it comes from grocery stores through a process called food rescue. When food that’s nearing the end of its shelf life gets cleared out so new shipments can replace it, the food is donated to pantries or food banks, which can give it out for immediate consumption.

Recently, however, Adkins said stores have been having their own troubles getting fresh stock and it’s trickled down to pantries.

“Before they used to let it go a couple days before but now they’re holding it longer,” she said. “So by the time we get it, if they don’t eat it that day or freeze it, then it goes bad in the refrigerator.”

In order to provide pantry clients with food that will last, Adkins has been building a second garden. She broke ground in late May and by the end of the summer, she hopes to have 13 raised beds at One Love Church in Huber Heights, to supplement the eight she built in Vandalia last year.

“It’s going to be able to benefit to be able to help us get some fresh produce in for our families to be able to subsidize some of the hardship we are having with being able to provide it for them,” she said.

Plans for the garden started last year after Adkins saw the impact of what they could grow in Vandalia. She started saving money for supplies and seeds for a second garden and said a donation helped push them over the edge so they could break ground just when the community needed it the most.

“Inflation has really hurt our families in our community,” she said. 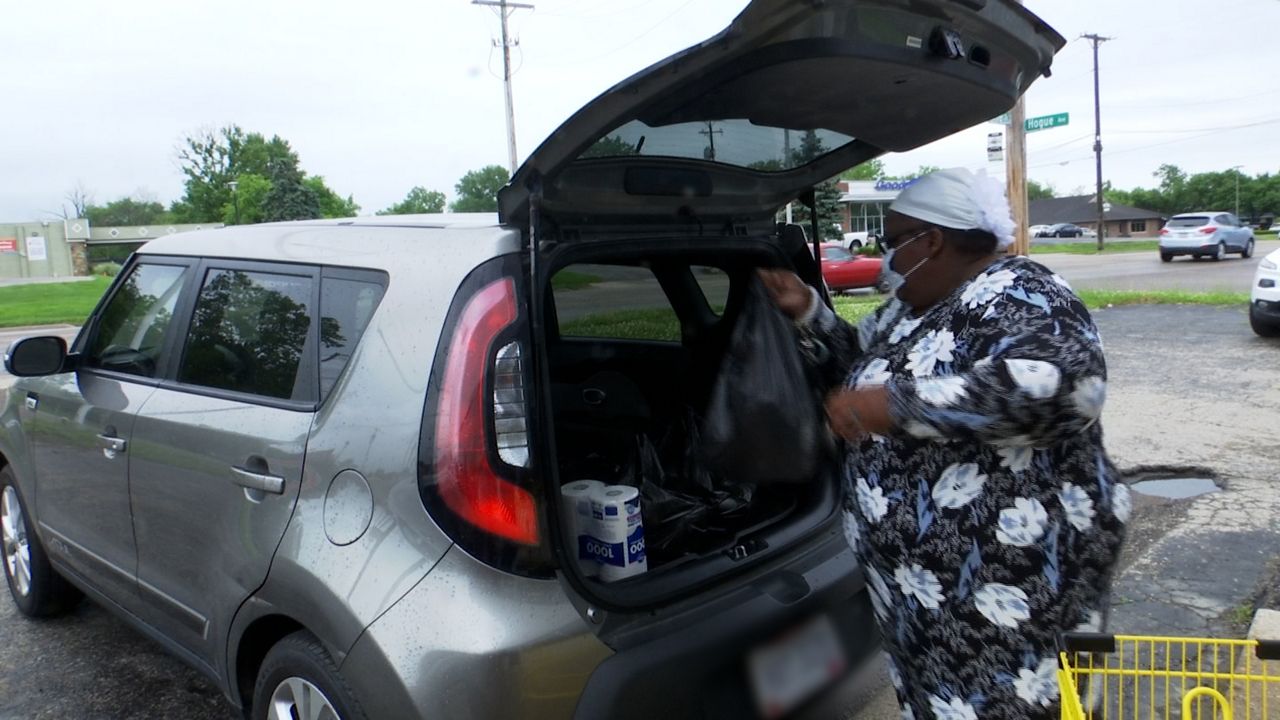 The proof is in shoppers like Roslyn Cotton, a single mom with two kids who said she’s relied on the pantry past two months, to be able to check off her grocery list every week.

“Ever since the pandemic,” she said. “Things haven’t been the same.”

Cotton said finding fresh, healthy food for her family has been one of her biggest hardships, so she’s grateful With God’s Grace is finding a new way to provide what she needs.

“It makes it worthwhile,” she said.