CINCINNATI — From a 900-square foot kitchen hoping to feed thousands to one of the region’s leaders in food rescue, La Soupe has been one of the fastest-growing nonprofit operations in Cincinnati.

In just seven years, the organization has gone from rescuing hundreds of food pounds a week to nearly a million pounds a year, all to be transformed into hundreds of thousands of meals for people in need.

The nonprofit has a new facility, 10-times its original size, expanded its staffing and volunteer base. As of October, it’s hired its first chief operating officer to help support its efforts to expand.

Kramer-Wine gets to know some of the long-term volunteers

While not a chef like founder Suzy DeYoung, Dennis Kramer-Wine is no stranger to Cincinnati’s food and beverage scene.

As one of the founding members of Rhinegeist, the second-largest craft brewery in Ohio, Kramer-Wine served as distribution director, helping the brewery expand to serve clients across five states.

“Taking all of our finished product and making sure that it got out to all of our partners,” he said. 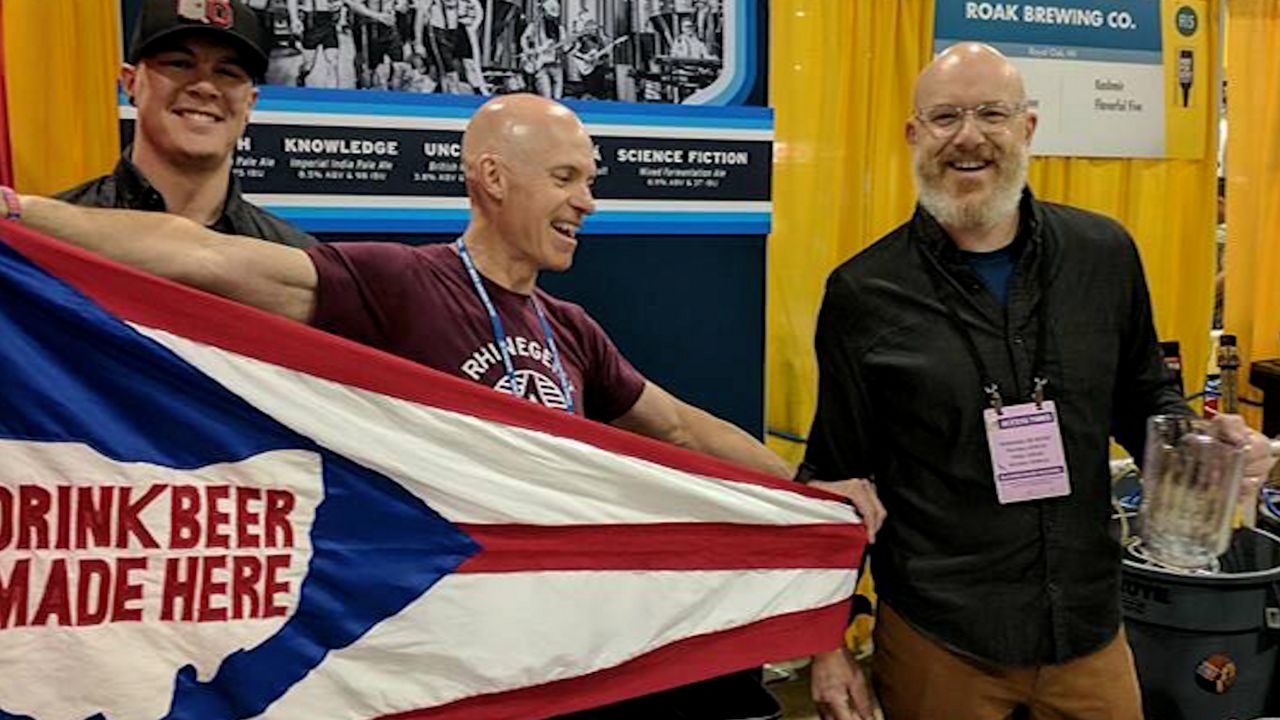 With that experience, Kramer-Wine said the La Soupe’s dock is familiar in a way, but instead of monitoring everything going out, he said the team has much more work to do sorting everything coming in.

“Just the level, the high level of work that everybody does around here just like kind of blows my mind,” he said.

In his first few weeks, Kramer-Wine said he’s spent his time shadowing staff and volunteers through the food rescue process, paying close attention to how much food is coming in from donors like grocers and farmers markets, what can be transformed into meals and how the rest can be put to use without going to waste.

“It’s no longer a handful of people in a 900-foot space. It’s a pretty decent size operation everyone has sort of their own work that they do.”

Kramer-Wine said he’s already stunned at the efficiency of everyone working at La Soupe so as COO, he doesn’t anticipate any need to speed them up. Instead, he said he wants to work with every department to find out what organizational factors could help make their jobs easier. 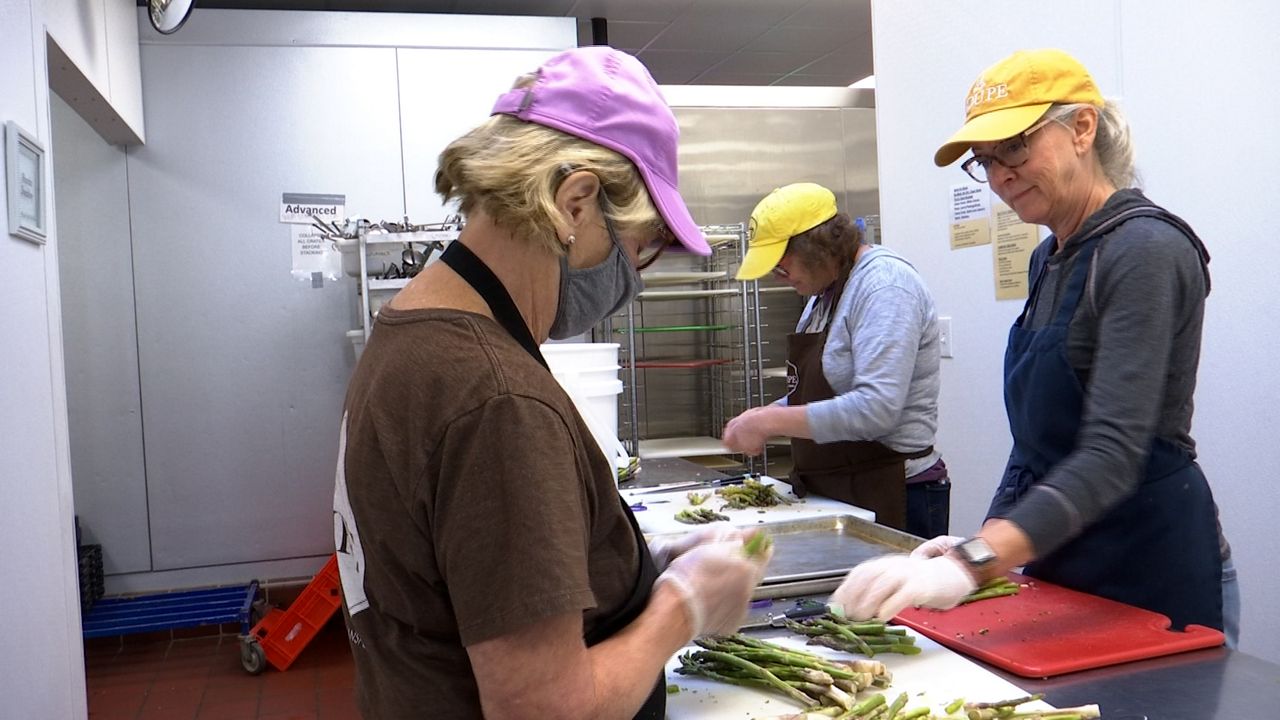 “I’m thinking, ‘You’re an incredible chef, do that work.’ and ‘You’re incredible with your team, here are the things that I can help to do to support and organize while you’re doing what you do really well,’” he said.

In November, Gov. Mike DeWine visited the new facility to see how La Soupe has been able to expand and fight hunger on multiple fronts. He called the organization innovative, not only for its zero-waste kitchen and the food it’s able to produce but also for the free classes and cooking equipment it provides to help the Cincinnati community cook for itself. 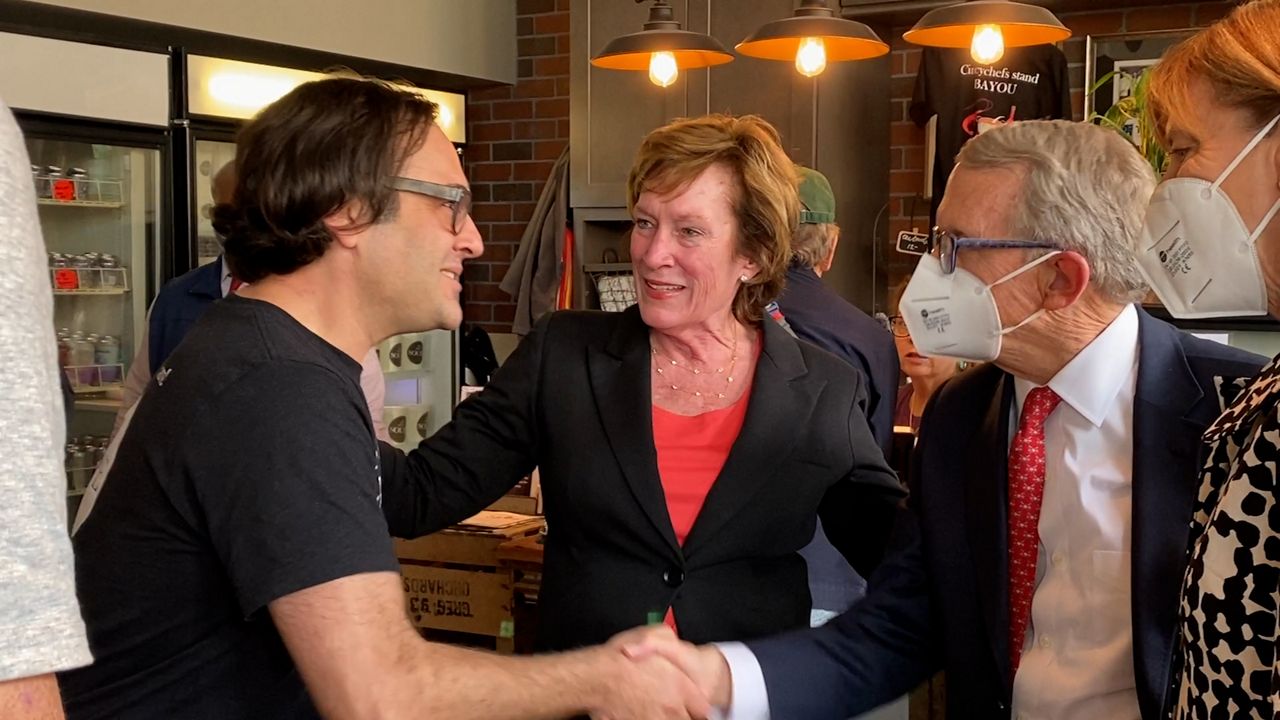 “There’s very few things that we do that have all of these different components, so we’re going to go back and see what we can do and it would be wonderful if we could take this model and it clearly is a model that works, take this model and take it across the state.”

When Kramer-Wine, DeYoung and the rest of the leadership team told DeWine expansions on state funding for protections for food rescue organizations would help La Soupe and other organizations like it thrive across Ohio.

In the meantime, as COO, Kramer-Wine plans to put his experience at Rhinegeist to work, ensuring the organization’s mission and good work doesn’t get lost as they work to serve more and more.

“In the end, we know that all of the work that we’re putting into this is going to do something that’s really necessary and that’s feeding people,” he said.