CINCINNATI — Following the Supreme Court’s decision to overturn Roe v. Wade and efforts to ban abortions in Ohio soon after, women not ready for parenthood may look at other options.

In Ohio, there’s the Safe Haven law enacted in 2001 to help reduce the number of babies abandoned in unsafe environments. Many Ohio hospitals and firehouses now have Safe Haven Boxes.

The usage of Safe Haven Baby Boxes has been on the rise across the country so far this year. And one at Delhi Township Fire Department was just installed in March. So far, there have been no babies dropped here, but they said they want to make sure they’re prepared just in case.

For Fire Captain Matt Bishop, bringing the baby box to Delhi was one of his missions.

“We see it more and more on the news either roadside or unfortunately dumpsters or garbage cans or whatever and we just didn’t want to see that in Delhi,” Bishop said.

“The ability to remain anonymous and drop off your baby, as she says, no name, no shame,” Bishop said.

Bishop explained how the box works. 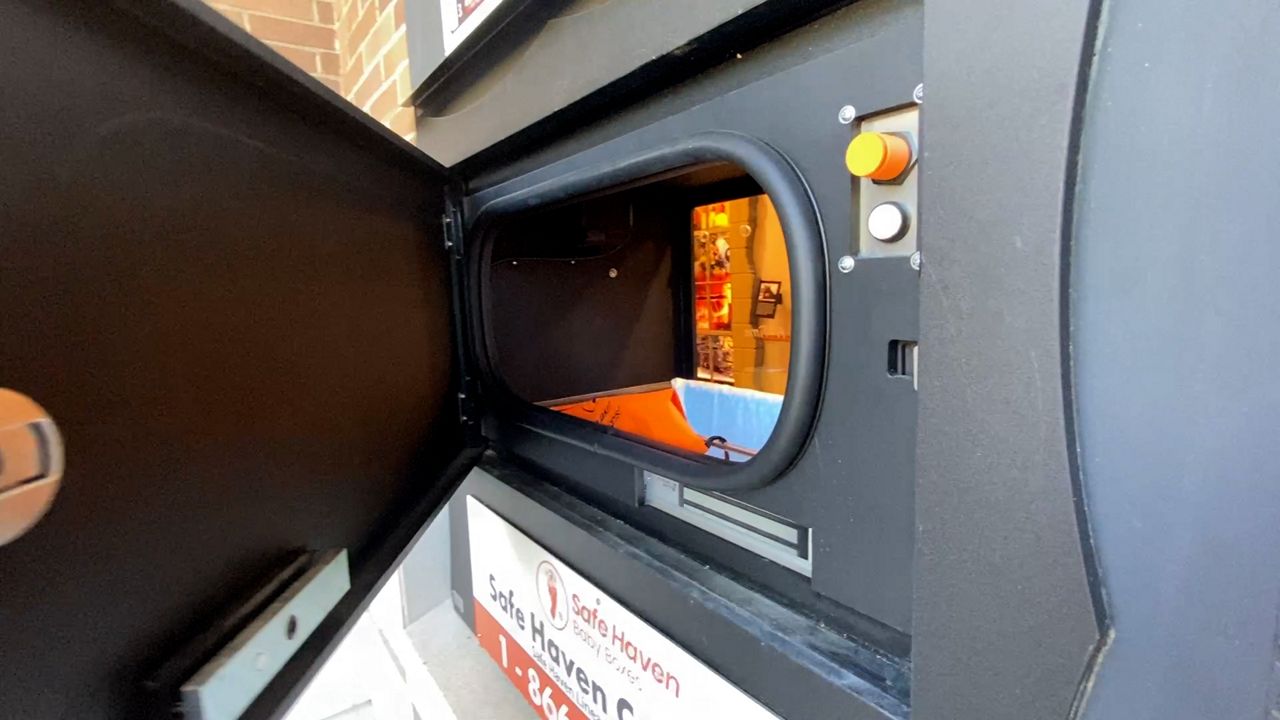 The box locks once the baby is placed inside and a notification is sent out. (Katie Kapusta/ Spectrum News 1)

“She can take the baby, place it inside,” he said. “And I just received a notification that the door was open. So now that the baby is inside, once I close the door, it’s locked.”

And that phone ping is key in case there’s no one at the station.

The idea for this box is because of Monica Kelsey.

“It’s more of a personal mission for me, simply because I was that abandoned child as an infant,” Kelsey said. “My birth mom was 17 years old and two hours after giving birth to me, she abandoned me.” 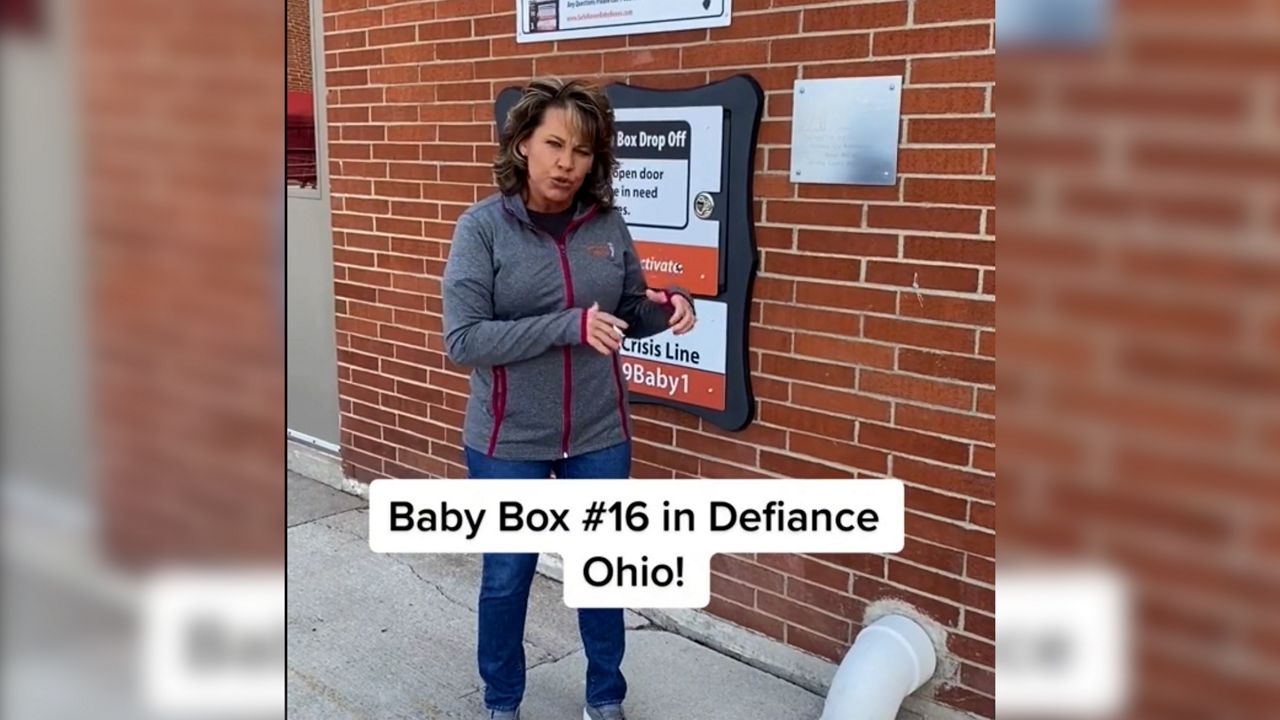 According to Kelsey, every state that has installed a baby box has seen abandonment rates drop. In 2020, seven babies were surrendered in baby boxes across the country. This year, there have already been five, including three babies left at the same baby box in Indiana in a matter of five weeks.

“I do think the pandemic had a little bit to do with it,” she said. “But I think now that we’re changing the narrative, I think people are starting to realize that it’s okay to place a child for adoption. It’s okay to not want to parent and find a loving family for your child.”

In Ohio, no child has been left at a Safe Haven Baby Box, but for Bishop, they’re prepared.

“Hope we will never use it,” he said.

Right now, there are six Safe Haven Baby Boxes across the state with plans for more to be installed in the future.

If you are a parent in crisis and need help, call the Safe Haven Crisis Line at 1-888-99 Baby1