CINCINNATI — Most art shows require guests to settle for being a spectator, appreciating the work from the sidelines. But that’s the case with BLINK, a one-of-a-kind outdoor light and art festival in greater Cincinnati.

In fact, organizers are inviting residents to sign up to make themselves a part of the show.

On Monday, organizers announced the return of the BLINK Parade, and they’re looking for unique ideas for floats and other entries.

The theme of this year’s parade is “Together: a constellation of shared cultures and unique identities; we illuminate joy through creative expression.”

An example of a creative design for a ‘float’ in the BLINK Parade in 2019. (Photo courtesy of BLINK)

Entries must use light to highlight and celebrate the unique attributes, symbols or cultural traditions of their heritage or community.

Details on the application process are outlined below.

“The BLINK Parade is the premier kickoff celebration for the weekend and is also the biggest opportunity for community engagement,” said Justin Brookhart, BLINK’s executive director.

BLINK will take place Thursday, Oct. 13 through Sunday, Oct. 16. The parade is the first night.

The four-day festival transforms 30 city blocks through a variety of street art, sculpture, projection mapping and light-based installations. It’s the largest experience of its kind in the country.

Beyond bringing money to the region and serving as a vehicle for artists to share their work, BLINK attracts people from all walks of life. More than 1.3 million people attended the last BLINK in 2019, according to data from the Cincinnati USA Regional Chamber, one of the host agencies.

Other project partners include ArtsWave, the Haile Foundation and AGAR. The organizations ArtWorks and Cincy Nice are involved as well.

This year, BLINK has partnered on parade planning with ish, a Cincinnati-based arts and cultural organization centering on Jewish cultural traditions.

Marie Krulewitch-Browne and Megan Rahill, leaders of ish, worked on BLINK in both 2017 and 2019. They helped produce the parade in 2019.

“The parade is the way our communities can get involved and collaborate. Anyone can be an artist or designer through their entry, and this is the spirit of what BLINK means for our city and our region,” Krulewitch-Browne said.

New this year, the parade will wrap up at a not-yet-disclosed “special location” for a performance of some sort and a formal lighting ritual to mark the start of BLINK weekend. 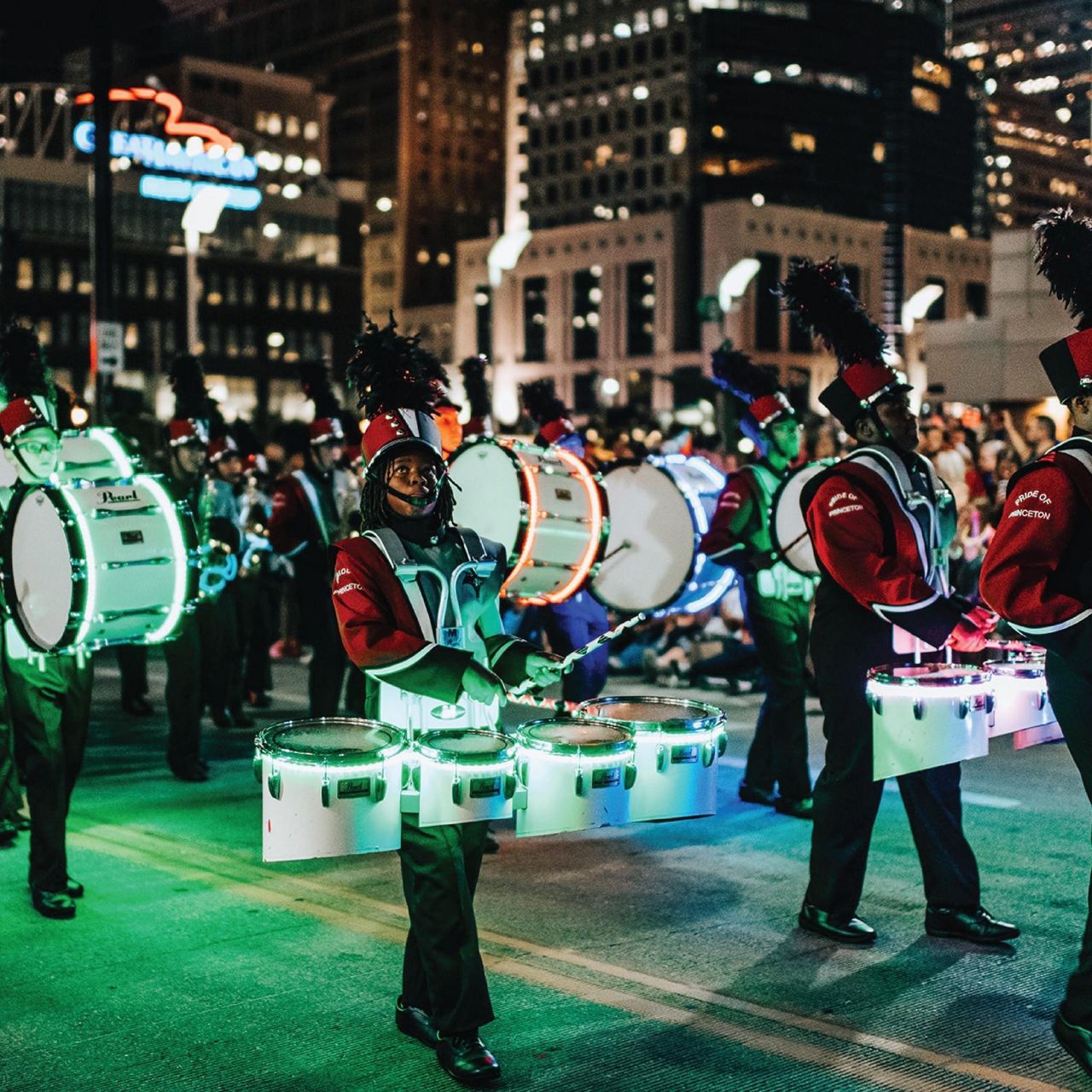 Some participants in the parade will take part in the closing ceremonies, but there’s limited space.

A month before the parade, organizers will host what they described as a “torch passing ceremony” between Cincinnati and communities in Northern Kentucky. In 2019, BLINK expanded beyond Cincinnati’s urban core to include Covington, Ky. Artists illuminated the John A. Roebling Suspension Bridge with bold, vibrant colors each night.

“In a time when there are so many things that can divide us, we want to focus on the parade as a coming back together after the pandemic and a way of bridging those divides with joy and celebration,” Krulewitch-Browne added.

As far as parade ideas go, organizers are leaving things up to the applicants but the more creative, the better.

There are a few rules, though.

Entries must use light as a key element of the design. While designs should show an appreciation for a culture or group, they should avoid using elements that may come across as appropriation, per BLINK’s website.

There are also a few technical limitations. All entries must be human powered. Things like bikes or skateboards are OK, but they won’t allow any vehicles with a motor.

Displays also can’t be taller than 12 feet tall due to the traffic lights around the parade route.

In the past, ideas have ranged from traditional-looking floats to groups of people in glowing costumes dancing the entire time. Artists may choose to build their own sculpture or light installation and use the parade as a way to showcase it.

Participants may choose to sing or play music. They may also just walk and wave, if that’s more their style.

Applications should include up to three images of previous work, a project description that highlights the meaning behind it and a mock-up or general image of what the final product will look like.

BLINK does have kits available that include things like lanterns and masks.

Accepted parade participants can get up to $2,500 from BLINK to help bring their design to life. If requesting funding support, applications are due by Aug. 19.