LINCOLN — The 2022 Washington County Farm Family of the Year is a third-generation farm with a fourth generation already expressing an interest in continuing with farm life.

Basil and Wilma Whorton started a cattle and breeding hen farm 37 years ago in 1985 with 200 acres off Old Cincinnati Road outside Lincoln city limits.

Their son, Tim Whorton, and his son, Tyler Whorton, now run the farm. Others in the family come along and help as needed: Tim’s wife, Stephanie, Tyler’s wife, Matea, and even their children, Maebree Whorton, 10, and younger sister, Basilee, 5.

Maebree and Basilee show cattle at Washington County Fair with Going’ and Showin’ 4-H Club and feed cattle each morning. Maebree says she loves the farm and already is planning to continue with the farming life as she grows up.

Ronnie Horn, Washington County extension agent, said a selection committee sits down every year to select different farm families to consider for the annual recognition. The farm families are ranked and then the committee votes to make a selection.

“This year’s Farm Family is probably one of the quickest ones that I’ve been involved with in my four years helping do it,” Horn said. “We only had to vote once and we elected Tim and Tyler Whorton in Lincoln.”

Surrounded by lush green pastures from all the rain in April and May, Tim Whorton said he did not expect the award.

“It’s an honor,” Whorton said during a media day hosted May 25 by Washington County Extenion Office to introduce the family. “It was very unexpected.”

He said the family is “very blessed” and appeciative of being named Washington County Farm Family of the Year.

“To be a farmer, you have to love farming,” Tim Whorton said. “It’s not easy. It’s cold in the winter and hot in the summer. It’s just something that’s in your blood that you do. You can’t explain it to most people, but it’s a lifestyle that fit our family well. My mom and dad always enjoyed it. Dad used to say that some of his favorite times were walking through the cattle and in the wintertime he loved to see the cattle eat.”

The farm now produces commercial and beef cattle and hay.

According to information about the farm, the Whortons own about 100 acres and lease 1,900 acres for their cattle and hay. Of their land, 1,500 acres are used for mixed hay that can produce up to five bales per acre.

The family markets hay to a broker and to other farmers and provides hay cutting and baling services so that other farmers can focus on their day-to-day needs without sacrificing their grass, according to the Whortons.

“Soil testing is a must to understand what the earth needs to grow,” Whorton said in a packet of information provided to the extension office about the farm. “When someone buys 200 bales, it’s important for the first bale and the last bale to be consistent with each other. We test our hay for quality and protein.”

The farm has about 100 head of commercial and registered beef cattle. The Whortons, while selling at cattle shows, also serve as a cattle broker for several ranches in Kansas and South Dakota.

Tim said this cuts out the fee for the middle man and helps with reducing costs.

“Every dollar now is a big part that you need with feed costs and diesel prices,” he said. “Everything is tight. Every penny counts in this deal and you just have to stay on top of it.”

Over the years, the farm has developed a network of neighbors and friends who will come to the farm to purchase heifers and bulls.

“For our farm, it’s word of mouth and our quality,” Tim Whorton said.

“When producers implement the best management practices of a BQA (Beef Quality Assurance) program, they assure their market steers, heifers, cows and bulls are the best they can be,” Tim said. “Today, the stakes are even higher because of increased public attention on animal welfare.”

“It’s not about how many you have, it’s about the quality you produce,” he said in the information packet.

Tyler Whorton, a 2008 graduate of Lincoln High School, said he grew up on the farm and is thankful for the heritage and thankful to be the third generation to carry on the farm name.

A big part of the operation, Tyler Whorton said, is replacement heifers. The farm wants mamas that milk and are able to produce a good baby, he added.

“At the end of the day, it’s about money. It’s about operation. If it takes us twice as long to get that calf raised up, that breed needs to go to the sale because we need to something to replace it with,” Tyler Whorton said.

Tyler said he feeds the cattle in the winter, helps with insemination for breeding and with buying and selling cattle and bulls.

Along with running a family farm, all members of the family also have full-time jobs.

Tim and Stephanie Whorton have been married 38 years. At first, the couple lived and worked in Springdale but would come to work on the farm every night. Tim’s father decided to build breeder houses and Stephanie quit her job to gather eggs, which at that time meant raising up each hen to get the eggs. Automation was not available at that time.

She said no one expected her to be able to continue doing it but she did. The couple then switched positions and she went back to work and Tim began collecting eggs.

After about two years of marriage, they moved to live on the farm.

“I wouldn’t trade it for the world,” Stephanie now says about living the farm life.

The next step for the farm is to be considered as the District Farm Family of the Year. The district farm family then advances to the state level and the state farm family is considered for a regional award.

LYNN KUTTER ENTERPRISE-LEADER Maebree Whorton, 10, and her sister, Basilee Whorton, 5, stand with their dog, Rooster, on the family farm just outside Lincoln. 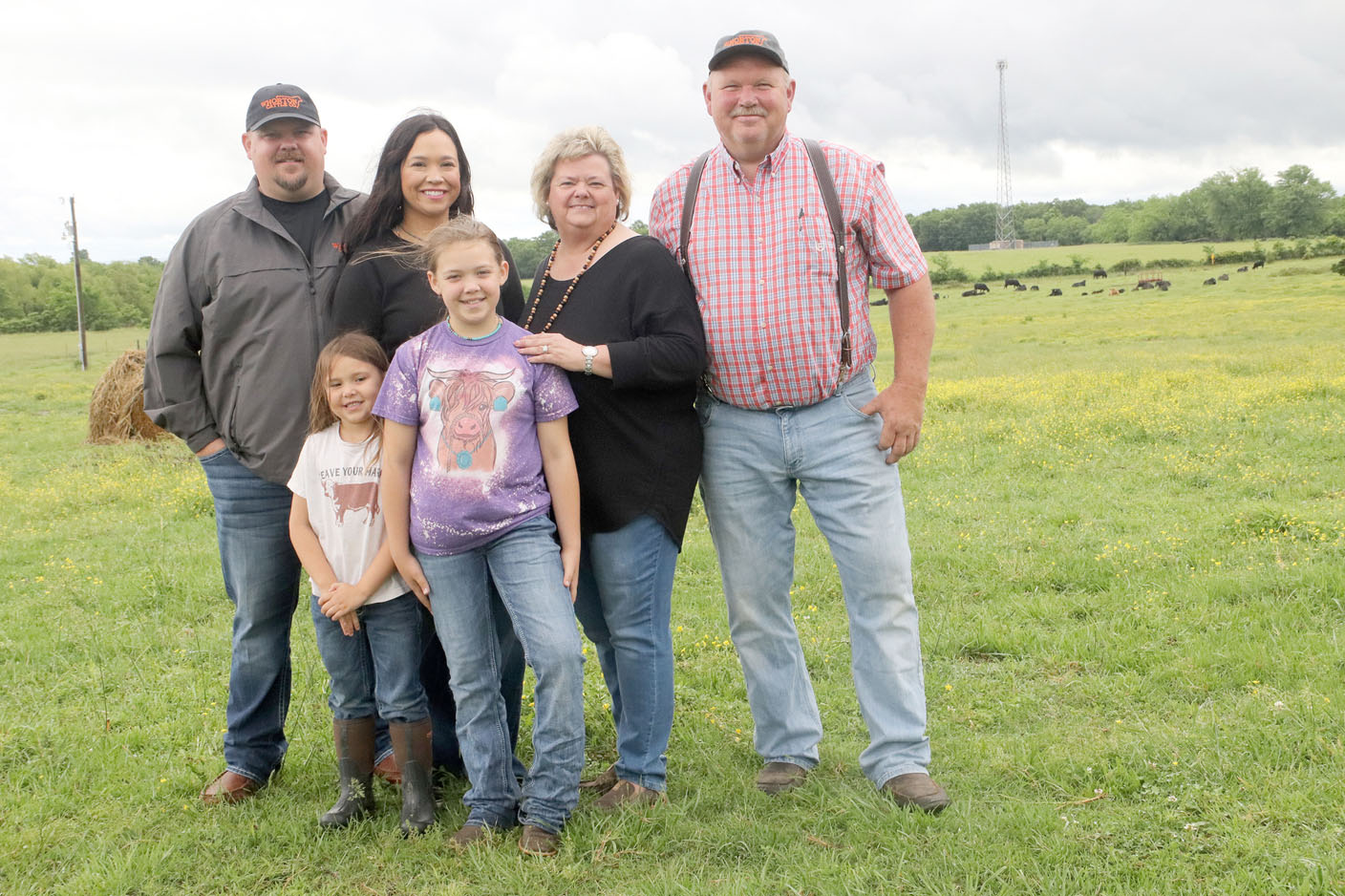 LYNN KUTTER ENTERPRISE-LEADER The Whorton family is the 2020 Washington County Farm Family of the Year. Their farm is located off Old Cincinnati Road outside Lincoln. Some of their cattle can be seen in the background.

Sell Your Home and Skip the Hard Parts with Opendoor

Manti graduate valedictorian says, ‘Be kind and caring to everyone’