CINCINNATI — With broccoli in the wok, pancakes on the flattop and beef on the grill, the kitchen at Rookwood Pottery Food and Beverage Co. has found its rhythm just two months into operation.

The restaurant in Cincinnati’s Mt. Adams neighborhood opened its doors in early November, a year and a half behind schedule and without a full menu and a liquor license. Yet its co-owners, Bret and Brian Michaud, call the place a success. Despite a series of unexpected challenges, shortages and costs, they’re once again Cincinnati restaurateurs.

When Spectrum News partner the Cincinnati Business Journal rounded up a list of all the new eateries that opened in and around the city in 2021, the Rookwood was one of the most recent additions to the lengthy list.

In total, 70 new restaurants opened their doors, nearly double the 2020’s count of 38 and more than any of the past five years, despite the community still coping with the direct and indirect impacts of the COVID-19 pandemic.

As a fellow restaurateur, Brian Michaud said it’s a hopeful sign things are heading in the right direction.

“I’ve seen a lot of new styles, people coming up with new ideas for their business,” Brian Michaud said.

He and his brother, Bret, are longtime members of the Cincinnati food scene, opening Teak in Mt. Adams back in 1994. They sold the Thai-fusion restaurant in 2003, it closed in 2017 and has since been reopened under the new owners in Over-the-Rhine.

In the years since though, they’ve been dreaming of reopening a restaurant in the Mt. Adams neighborhood.

“First we looked at our former space at Teak,” Bret Michaud said. “But it wasn’t going to work.” 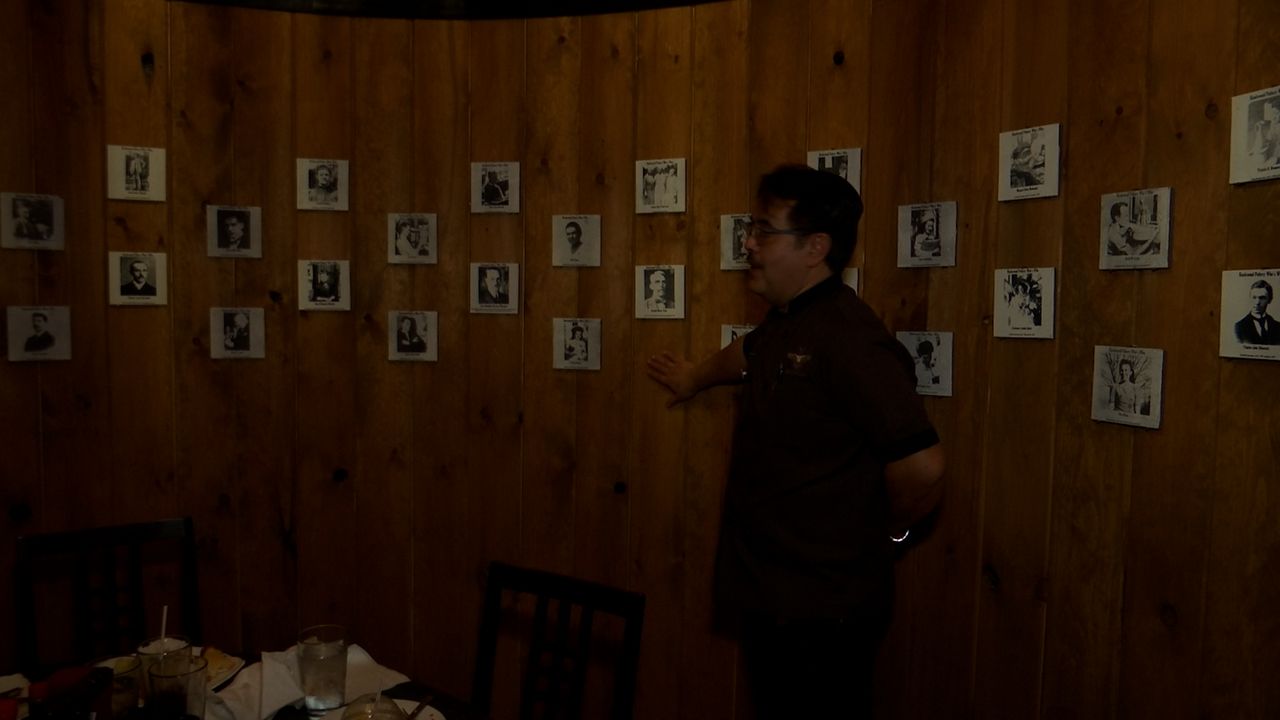 Brian Michaud shows interior of the kiln at Rookwood Pottery

That’s when he said the owner of the Rookwood building a few blocks away approached him and his brother. The place itself was a former restaurant that closed in 2016, but long before that, it was a pottery studio, dating back to 1892.

The Michauds took a look inside the place and immediately began to reimagine their visions for their new restaurant.

“I fell in love with it,” Brain said. “I told Bret we got to get this building.”

They got to work in 2019, eyeing a summer opening the following year. Then the pandemic happened.

“We had to have engineers and things come in. Permits take forever. Getting the equipment takes forever,” Bret said. “We had shortages in supplies due to the pandemic that we never dreamed we would have.”

The pair said they struggled to source everything from drywall screws to staff and then ingredients. Chefs they planned to hire from overseas have been unable to travel, so Bret Michaud said he had to scale down their menu to open in November.

“This has been like a year and a half in the making trying to get this up and going,” he said.

It’s been difficult for ongoing businesses as well. Over 2021, 27 Cincinnati area restaurants closed their doors, many citing pandemic-related challenges. 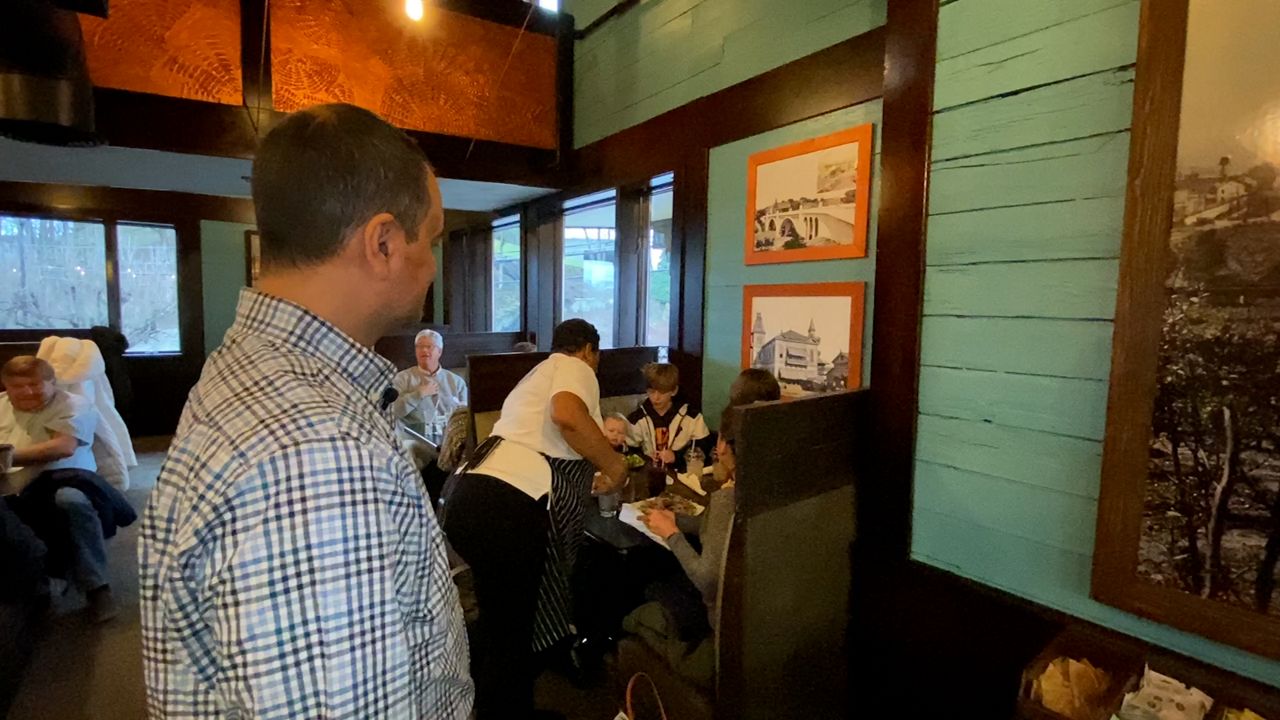 The most impactful delay, according to the Michauds, has been their liquor license. Due to slow processing and delays at a busy city hall, Rookwood Pottery Food and Beverage Co. has not been able to sell alcohol since opening. Bret hopes the license comes through by the end of January. Until then, he said his bar is essentially just extra seating.

“People come in and they watch TV and they bring in their own booze,” he said. “That has been our biggest hiccup thus far.” 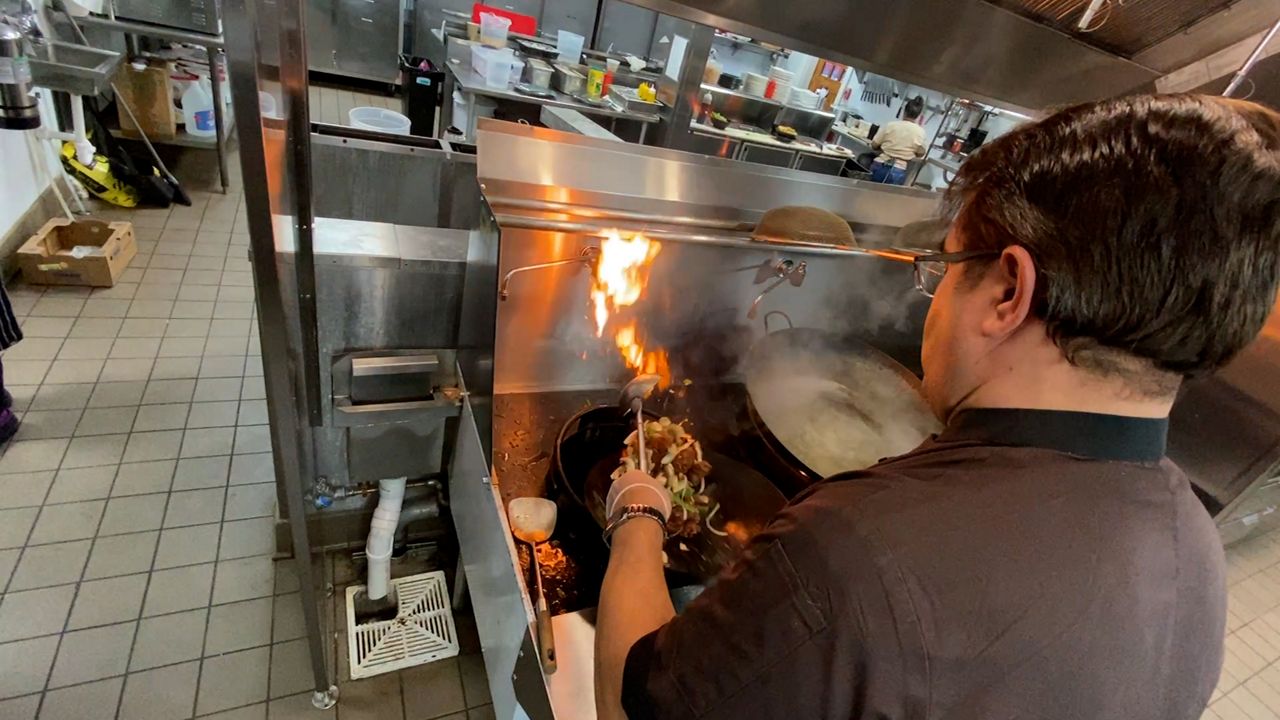 Brian Michaud cooks at the wok

The new Rookwood restaurant has hints of Teak, but the Michauds styled the menu to focus more on American-style cooking to match the aesthetic of the historic building. Bret said guests can taste the Asian influence through their techniques, like stir-frying hoagie ingredients and pizza toppings in the wok, but most of the true Asian-inspired dishes will come when the new chefs arrive.

“This menu is about a third of what we plan to offer,” Bret said. “There’s more in store so over the next couple of months we hope to be up to full speed.”

As the Michauds tackle their growing pains, they’re optimistic about their future, and the future of the restaurant industry as a whole. According to Brian many chefs and restaurateurs had been waiting through 2020 for the right time to open, which never seemed to be coming. While pandemic challenges still persist, he said it was now or never for the Rookwood, and he’s proud to see many other owners come to the same conclusion.

”We’re excited to come out and check out everybody that’s opened up a restaurant,” he said.

New Barbecue Restaurant ‘Shiners on the Levee’ to Open at Newport...