​​COLUMBUS, Ohio — Many school districts in Ohio have dropped mask requirements in recent weeks following the state’s announcement of a “Mask to Stay” option, which allows for fewer students to be quarantined from school.

In the last two weeks, about 70 of Ohio’s 609 public school districts stopped requiring masks, according to the Ohio Department of Education’s school district mask model data.

The shift away from school mask mandates comes as COVID-19 cases and hospitalizations declined in Ohio for several weeks. Meanwhile, more than 10,000 children ages 5 to 11 have received a vaccine in the first few days of expanded eligibility, with many more families making plans to get their kids vaccinated in the weeks ahead.

Perrysburg Schools Superintendent Thomas Hosler said the Wood County district’s case numbers dropped significantly over the course of October, which made it possible to end the mandate for their 5,700 students when the state’s quarantine guidance changed.

“We saw this downward trend, we know that the vaccine is coming online for those 5 to 11, and the state changed the quarantine guidelines where students who choose not to wear a mask still can stay in school during the quarantine period,” he said. “We felt this would be a good time to go with strongly recommended masks.”

State officials are calling for younger students to wear masks until children ages 5 to 11 begin to develop immunity from the vaccine. DeWine said Thursday that younger school-aged children should continue to be masked for another next month or so.

Among the districts dropping mask mandates are many smaller school districts, while most of the largest districts in the state continue to require masks for some or all of their students. But several large districts made the change to optional masking, like Lakota Local Schools, Hamilton City Schools and Sylvania Schools.

For some families, the end of school mask mandates is welcome news. For others, it’s a source of anxiety.

Barry Keel, a father of a kindergartener in Sylvania Schools, said he is glad she doesn’t have to wear a mask anymore.

“I don’t believe that the virus affects kids high enough percentage-wise to warrant a mask,” he said. “She’s in kindergarten. She’s learning how to deal with other people right now, and if you have her in class with kids and her teacher all wearing a mask, I think that hides a lot of facial expressions.”

He said he isn’t getting his daughter vaccinated, nor has he gotten a shot

“There’s a vaccine that’s out that people can get. You know, older adults are more susceptible, so once there’s a vaccine that they say works and is safe, take it if you want, if you’re concerned about your health,” he said. “That’s it — pandemic over.”

Candy Sarikonda, mother of a senior and a fifth-grader in the same district, said she thinks the decision to drop masks was premature, with younger children just weeks away from being able to have the full protection of vaccines.

“We could have had these kids vaccinated probably by winter break, and then everybody come back from winter break with fresh faces and the masks off then. We could have hung on just that little bit longer,” she said.

Sarikonda said she thinks many of the hospitalizations from COVID-19 in recent months were avoidable if people had gotten vaccinated or worn masks. She said schools shouldn’t now forgo mask requirements in response to the state’s quarantine guidance change.

DeWine said he is proud of the state’s decision to give schools the “Mask to Stay” option. He addressed the trend of districts dropping mask requirements during his news conference Thursday.

“I think it was the right thing to do. I’m proud of what we’ve done, but what I’m afraid is starting to happen is schools are looking at that and are saying, ‘Okay, then we don’t really have to be masked.’ And they don’t have to be masked, but I just think the prudent course is for another month or so until we get through this, to stay masked,” the governor said. 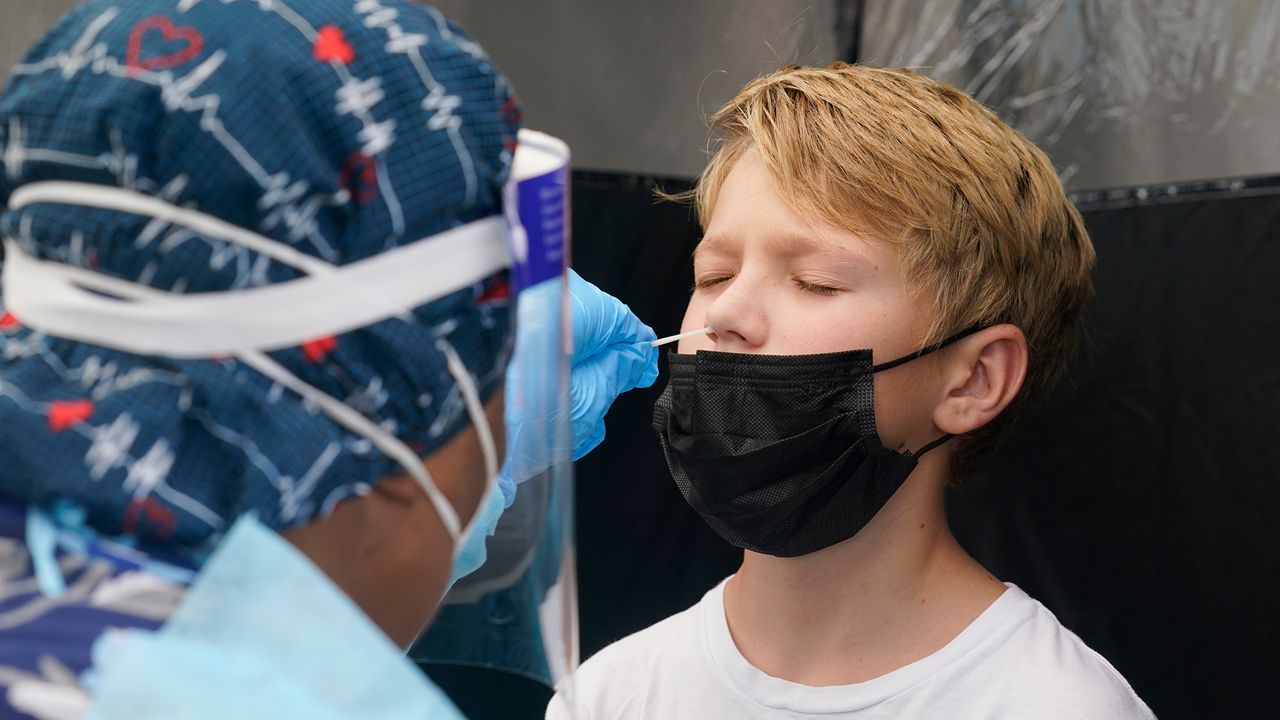 In light of the recent change reducing school quarantines, some districts said they weren’t prompted to rethink masking. Districts may wait to drop mask mandates until more children are fully vaccinated, or until the spread of the virus is more contained.

South-Western City Schools spokesperson Sandra Nekoloff said the district is not changing its mask requirement for grades K-6 at this time. District officials will continue to monitor transmission rates, Franklin County’s recommendations and the district’s COVID-19 numbers to guide any changes.

Crystal Davis, a spokesperson for Pickerington Schools, said the Fairfield County district’s mandate will also remain in place. “At this time, district leaders have not been discussing making any changes from our current mask requirements,” Davis said.

Robert Scott, Superintendent of Avon Lake City Schools, west of Cleveland, said the district moved to an optional mask wearing policy Monday, after previously requiring masks for younger students. The transition was made possibly by the new quarantine rules, he said.

“It’s the right time for us, but we know that we’ve still got a ways to go before we can actually take a deep breath and be back to normal,” he said.

Scott said that it remains important for families to consider masking, noting that while though some kids hardly have any symptoms, others in the district who’ve contracted COVID-19 have become very sick.

“Even though we’re going to highly recommended, we still want lots of kids to wear masks,” he said.