CLEVELAND — Members of Cuyahoga County Council heard testimony on Thursday in support of extending the Cleveland Indians’ lease through 2036.

The agreement would involve a public investment of $19 million over the next 15 years to renovate and improve Porgressive Field.

While the total investment in Progressive Field would cost the Indians and public $435 million, $202 million will go toward improving the ballpark.

Neil Weiss, the chief information officer for the club, outlined improvements to the ballpark. Among the improvements, Weiss said that the left field terrace would be open to all fans and no longer a strictly exclusive indoor setting.

Weiss said that the upper deck would be improved by knocking down some of the concrete walls to allow for a view of the field from the concourse.

The Indians, which will be renamed the Guardians by next season, would move from the third base dugout to the first base dugout for games. This is because the team would expand its clubhouse and make other changes for players. Among the changes, Weiss said the player kitchen and dining room would be expanded. He said current dining facilities for players have gotten failing grades from MLB. 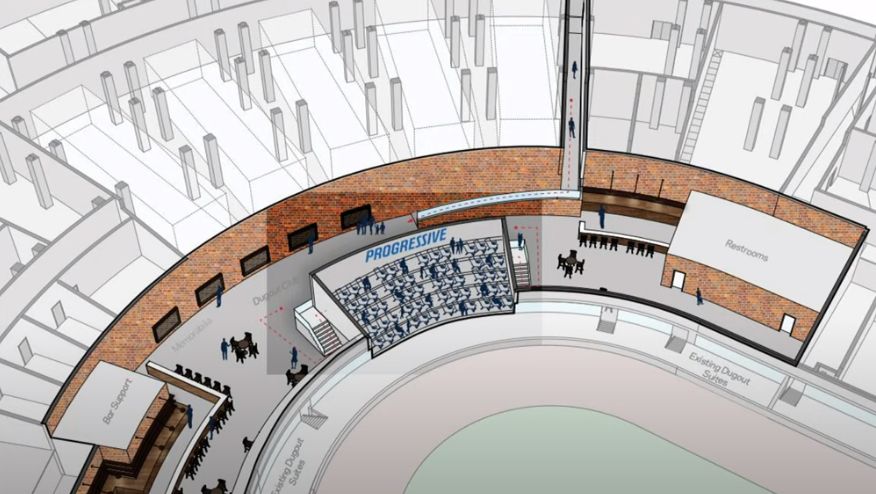 There would also be a significant change to the team’s entrance and team shop area in left field. 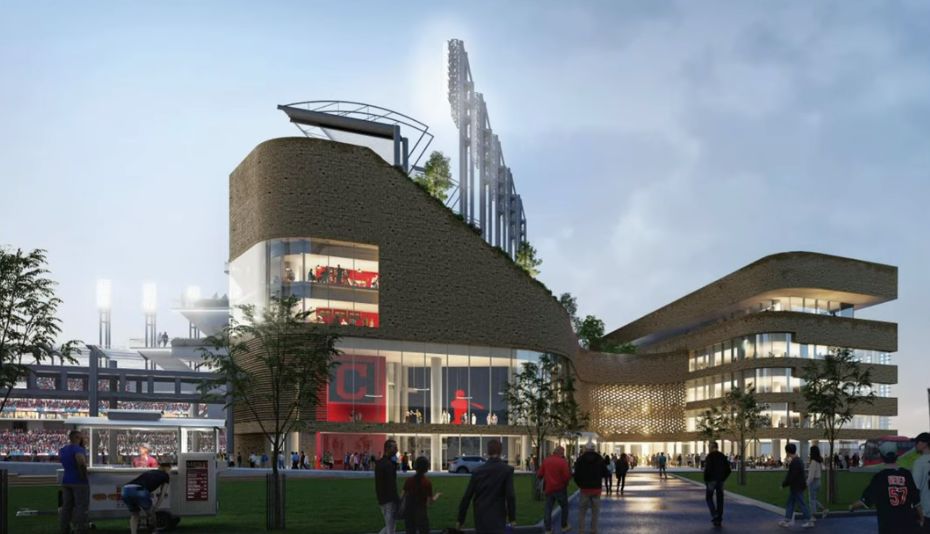 County Executive Armond Budish told council members that the county has three options: Renovate, build a new stadium or risk losing the team to another city. He added that building a new stadium would be more expensive and risking losing the club was not an option.

“Despite our size, we are a major league community,” Budish said. “We want to keep it that way. To keep baseball in Cleveland, we must provide an up-to-date competitive stadium. Progressive Field is 27 years old, which makes it one of the older facilities in the league.”

At 27 years old, officials said the stadium lacks some of the amenities found in newer stadiums. Progressive Field is the 11th oldest stadium out of 30 in MLB. Several older stadiums, including Wrigley Field in Chicago and Kauffman Stadium in Kansas City, have undergone significant renovations in recent years.

“They are world-class tenants and we are the landlords,” Pernel Jones, Cuyahoga County president, said. “As landlords, we have the responsibility to take care of our property. Our tenants, and as you heard, the quote unquote rent that is generated, it takes care of this facility. With that said, we have many questions.”

Some of those questions involved the impact the team provides financially to the community. The team said based on its projections, it will provide a $5 billion economic impact to the community during the lifespan of the lease.

Despite a number of business leaders speaking at Thursday’s hearing in support of the proposal, council members asked questions about how the project will be funded.

In addition to the county, the city will provide over $8 million and the state will add $2 million a year, if approved. Altogether, the public sector will pay for two-thirds of the project. The Indians will pay for the rest of the improvements, upkeep and any overages.

The County Council did not say when a final decision would be made. Cleveland City County met earlier in the week and is continuing having discussions on the city’s portion of the agreement.