Attendees were greeted by Soapbox publisher Patrice Watson and Joe Hansbauer, president of the Corporation for Findlay Market, which is the driving force behind Findlay Kitchen. The incubator kitchen assists food startups in going from concept to scaling and beyond. (Read more about that in our event preview coverage here.) 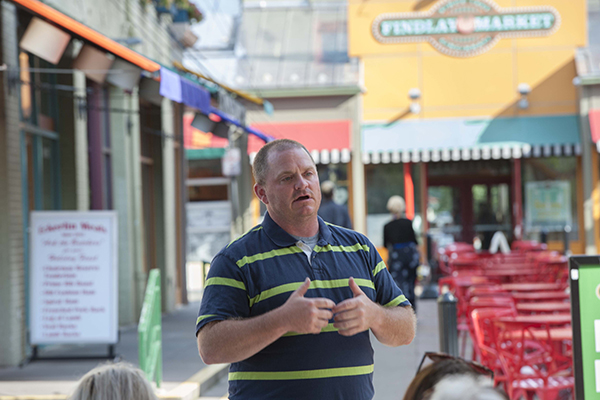 Hansbauer gave an inside look at the next step for Findlay Kitchen: providing rotating spaces, fully furnished by food entrepreneurs, to help determine if they can maintain their own restaurant or retail space. Two storefronts should come online later this year to serve in this capacity. 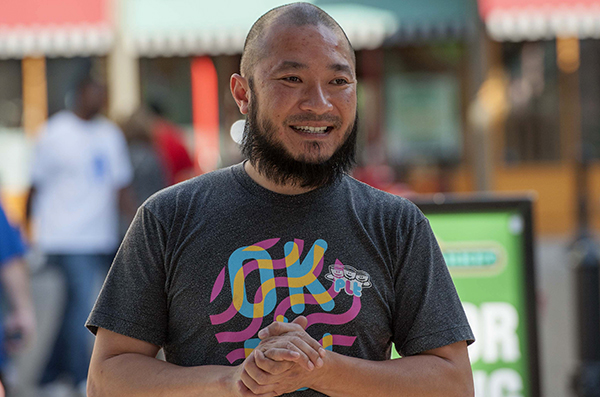 The next station took place in Findlay Market’s biergarten and featured beverages from Woodburn Brewery — “Red, White and Brew,” a traditional American wheat ale, and “Salmon Shorts Sightings,” a blonde ale with strawberries and rooibus tea. There were also chips from Hen of the Woods and gazpacho from La Soupe.

Donna Covrett, founder and owner of CFWC, interviewed Suzy DeYoung from La Soupe and Nick Marckwald from Hen of the Woods while attendees enjoyed their samples. 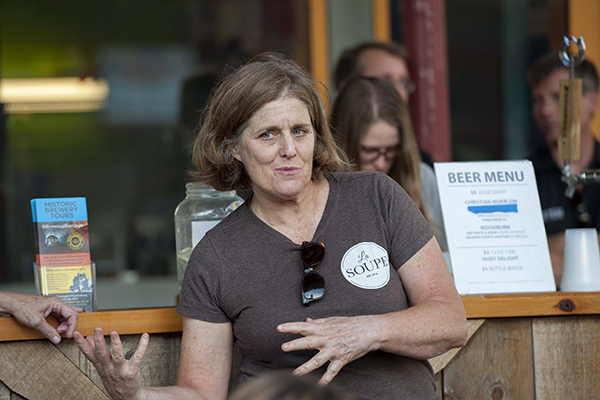 DeYoung is the recent recipient of the prestigious Jefferson Awards Foundation’s Jacqueline Kennedy Award for her work in rescuing food and providing food, cooking lessons and other support for children and their families who experience food insecurity. DeYoung, along with her “Bucket Brigade” of volunteer food runners, as well as local retail and farm partners, has rescued 125,000 pounds of food from landfills and prepared 95,000 meals.

DeYoung also uses Findlay Kitchen for her “Cincinnati Gives a Crock” program, providing cooking lessons for children and their families who pay $5 and leave with cooking skills and a kit of kitchen equipment, including a crockpot. At the end of the program, participants get their money back to spend at the Market on fresh food.

DeYoung also sells soups from her Newtown location, which is an easy way to support her mission. For more information or to volunteer, go to La Soupe’s website. 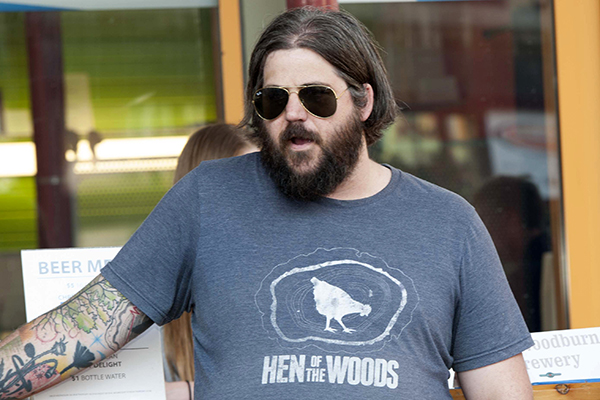 Nick Marckwald of Hen of the Woods. (Photo: Joe Simon)

What began as a salad garnish is now a nationally known, innovative chip business. Local chef Marckwald, formerly of Nicola’s, was planning to open a restaurant and market on Main Street, focusing on foraged foods and based on his popular pop-up dinners. Instead, he ended up with a hit on his hands with his kettle-cooked chips in chef-driven flavors like salt and red wine vinegar, buttermilk and chive and smoke. Marckwald unveiled two new flavors at the event: chile con queso and “everything.” After spending several months frying and bagging chips by hand, Marckwald partnered with Mike-Sells in Dayton — the chip maker provided an unused kettle that Marckwald used to scale his production. Hen of the Woods chips are now available at Kroger, Whole Foods and other grocery stores throughout Ohio, Kentucky and Indiana. They will soon expand to other locations.

The tour progressed to Findlay Kitchen, where attendees were provided with a tour of the facilities and samples from two current members: Babushka Pierogies and Queen City Shrub. Kitchen manager Anthony Berin, a graduate of Johnson & Wales’ culinary arts program, also served as executive chef at the now-closed Son of a Preacher Man and chef de partie at The Cincinnatian Hotel.

Berin took the group through Findlay’s pod kitchens, which are dedicated to individual members like Babushka, as well as Eli’s BBQ and Pho Lang Thang. There are also shared kitchens, which can be rented by the hour. Several members worked throughout at nearby stations while attendees sampled peach pierogis and cocktails with rhubarb, strawberry, vodka and sparkling wine from Queen City Shrub. 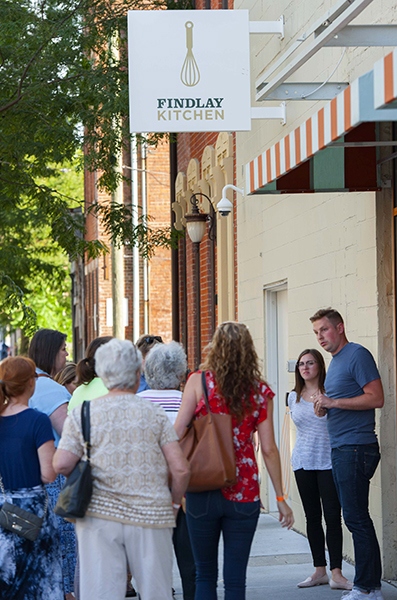 Findlay Kitchen manager Anthony Berin leads a group of attendees. (Photo: Joe Simon)Berin’s kitchen also houses donations from restaurants including equipment, servingware and other necessary items, so that kitchen members don’t have to buy new items when they are catering an event, for example. He also works with the demo kitchen, which hosts classes for the public as well as private events like team building activities and bachelorette parties.

Many of Findlay Kitchen’s members will be featured at CFWC at Yeatman’s Cove Sept. 22 and 23. In the meantime, head to Findlay Market, where you’ll find member products at DIRT, Madison’s, Epicurean Mercantile Company and other a few other places around the market. Be sure to check Findlay Kitchen’s website for class schedules so you can unleash your inner food entrepreneur.

Who knows, you could be Findlay Kitchen’s next member.

A New Bakery for Dogs Opens in Rookwood, Serving Scratch-Made Cookies and ‘Pupcakes’ in Cincinnati Food Near Me